Kenya: Five Churches Burned Down in a Week

Five Kenyan Churches Burned Down in a Week

02/08/2021 Washington, D.C. (International Christian Concern) - International Christian Concern (ICC) has learned that Five churches were set ablaze in quick succession between January 21st and 26th 2021 in Otamba, Kisii county, causing a lot of fear among residents. The first one torched was St. Monica Church in the early hours of January 21st. The Worldwide Church, Nyang’eni Seventh Day Adventist church and a Legio Maria church followed on January 23rd and 24th. Two days later, the arsonists broke into the Otamba Pentecostal Church compound and set it on fire leaving a trail of destruction. 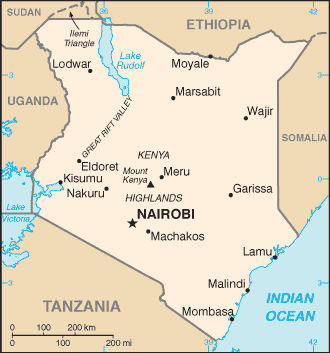 ICC spoke to Charles Mayara, the pastor of Worldwide Gospel church who is still coming to terms with the church attack. “This was least expected. We are still in shock because we were not prepared for it. We began the year well and asked the Lord to be with us. Things have turned upside down and we are counting losses. We suspect that the attacks are being carried out by a gang of people who feel disgruntled by the stand taken by believers against the rape culture in this community, drug abuse and radicalization among the youth, and early marriages of school girls.”

Samuel Okello a pastor in Kisii town, reiterated the same concerns, asking the security agents to offer security to churches. He said, “We also know that apart from radicalization and drug abuse the church is preaching against, many young people have joined cults that hate the preaching of the gospel of Jesus Christ. We urge the security apparatus to protect our churches against such people that are used by the devil. The recent attacks portray a form of persecution to believers because now they even fear going to church.”

Ten suspects are in police custody and investigations are ongoing. In a statement to a local newspaper, Father Lawrence Nyaanga urged people “to extend an arm in helping to rebuild the churches and also buying new chairs, pulpits, Bibles and sound equipment.”

He added, “What we thought could happen in the Coastal and the Northeastern regions is here in Western with us. We ask for believers to join hands in prayer so that this heinous act does not occur again.”

ICC’s Regional Manager for Africa, Nathan Johnson, states, “Kenya, a majority Christian nation, is often overlooked as a place where Christians suffer for their faith. Despite this, Christians in Kenya suffer at the hands of Islamic Extremists from Somalia on a regular basis. This kind of attack is expected along the border of Somalia where al-Shabaab is able to attack Christians easily. The worry is that Islamic extremism is spreading further into Kenya and will cost many more Christians their lives.”