The nurse was attempting to stop her Muslim coworker from collecting money from patients. 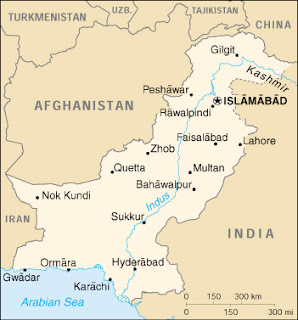 On January 28, Tabitha Nazir Gill was falsely accused of committing blasphemy while working at Sobhraj Maternity Hospital in Karachi, a hospital where she has been a nurse for the past nine years. She was later taken into police custody.

According to a local ICC source, the head nurse at Sobhraj Maternity Hospital issued orders that medical staff may not receive tips or deal with money from patients. Gill reportedly reminded a Muslim coworker of these orders when she saw the coworker collect money from a patient.

In response, the Muslim coworker falsely accused Gill of committing blasphemy and incited violence against her colleague. Videos of hospital staff beating Gill surfaced on social media and Gill was reportedly tied up with ropes, tortured, and locked in a room before being taken into police custody.

However, police released Gill, handing her over to her family, after a short investigation did not find any evidence that Gill had committed blasphemy. Gill and her family have since moved to an unknown location fearing vigilante violence.

“Police have provided protection to the victim and tried to resolve the issue,” ICC’s source reports. “However, a mob of hundreds of Muslims gathered at the local police station to force the police to register a FIR against Gill. This FIR was lodged today.”

First Information Report 74/21 was filed by police regarding the blasphemy accusation against Gill. The accusation remains under police investigation.

Since Pakistan added Section 295-B and 295-C to the country’s blasphemy laws in 1987, the number of blasphemy accusations have skyrocketed. Between 1987 and 2017, 1,534 individuals in Pakistan have been accused of blasphemy. Out of that 1,534, 829 accusations (54%), were made against religious minorities. With Christians only making up 1.6% of Pakistan’s total population, the 238 accusations (15.5%) made against Christians is highly disproportionate.

ICC’s Regional Manager, William Stark, said, “We here at International Christian Concern condemn the false blasphemy allegation that has been leveled against Tabitha Nazir Gill. In Pakistan, blasphemy allegations forever ruin the lives of the accused, even if proved to be false. We call on Pakistani authorities to thoroughly and fairly investigate this false allegation and bring the false accuser to justice. Pakistan’s blasphemy laws must no longer be allowed to settle personal scores or incite religious hatred. Too often these laws have been a tool in the hands of extremists seeking to stir up religiously motivated violence against minorities.”

Woman Leaves Islam After Having Visions of Jesus, Attacked by Husband

01/23/2021 Kenya (International Christian Concern) – On January 13, 2021, Mansitula Buliro experienced visions of Jesus, calling for her to follow Him, amid her Muslim evening prayers. Her husband believed her to be possessed, but she was curious to know who Jesus was. 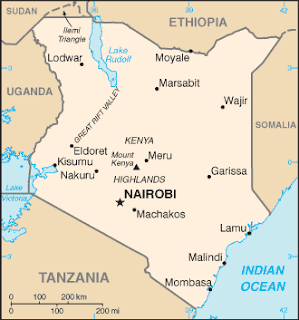 Buliro inquired about her visions to her Christian neighbor for hours, praying. She knew Jesus was real and put her complete faith in Him. Suddenly a neighbor knocked on the door. He discovered Buliro praying as a Christian and left immediately.

She returned home to an angry husband. “I kept quiet. [He] started slapping and kicking me indiscriminately. I then fell. He went inside the house and came back with a knife and started cutting my mouth, saying, ‘Allahu akbar,’ (God is greater), I am punishing you to not speak about Yeshua in my house. This is a Muslim home!”

Her screams, along with her children’s cries, alarmed the neighbors who stopped the attack. He divorced her on the spot and threatened her he would kill her if she did not leave.

Buliro miscarried her 13-week-old baby as a result of the attack. According to Morning Star News, she lives with a Christian family.

01/24/2021 Vietnam (International Christian Concern) – An ethnic Montagnard in the Central Highlands of Vietnam, along with four other Christians, were recently brought by the police to denounce their faith in front of other villagers.

Rô Da, told Radio Free Asia’s Vietnamese service that on January 15, the police of Ea Lam village and Song Hinh district, Phu Yen province, brought him and four others before a gathering at Pung tribal village for a denouncement session.

About 20 people from the local authorities forced the villagers to come and witness the denunciation session against six people, though one was absent. The five men present were Messrs Nay Y Blang, Nay Y Lới, Ksor Y Blang, Hwing Y Nuk and Rô Da, who are part of the Montagnard Evangelical Church of Christ.

Mr Ro Da also said, “[The authorities] said the state doesn’t accept this church. [We] are not allowed to congregate, to organize activities, to sing. They banned [all this]. In my heart, I was fearful. But I have faith in Christ, in spite of torture or beating. We still want freedom.”

The authorities accuse their church for not being sanctioned by the state, and that it opposes the state and wants to overthrow the regime, which the Christians denied. Pastor A Dao from the same church, a religious freedom advocate, was released to exile in the US in Sept 2020, after serving nearly four years in prison.

1-2-2021 - The Bilderberg Group is a non-governmental organization founded in 1954 with the publicly-stated goal of preventing a third world war. An annual meeting has been conducted since 1954, with the intent of fostering dialogue between world leaders in politics, business, finance, the news media, and academia. Participation in the meeting is by invitation-only, and typically consists of 120 - 150 individuals. The meetings are private, and participants are not allowed to publicly reveal the names of speakers, or to publicly reveal positions taken by speakers or other participants.

French businessman Henri de Castries. former Chairman and CEO of AXA Financial, is the current Chair of The Bilderberg Group. Participants in the annual meeting vary from year to year, but known past participants include, among many others:
The Bilderberg Group's insistence on secrecy and privacy, combined with the undeniable wealth and power of its members, has lead to many conspiracy theories about the group since its founding. Chief among these accusations is the group's role in creating a one world government. Author Daniel Estulin, who has researched and written several books on The Bilderberg Group, has stated that the group uses "power cliques" and lobbyists in an effort to "manipulate the public" in order "to install a world government that knows no borders and is not accountable to anyone but its own self."
Ad:  Books by Daniel Estulin available on Amazon.
Denis Healey, a Bilderberg group founder and a member of its Steering Committee for 30 years, stated in a 2001 interview with The Guardian newspaper "To say we were striving for a one-world government is exaggerated, but not wholly unfair." In the same interview, Healey went on to say that after two world wars "we felt that a single community throughout the world would be a good thing."
Those of us outside The Bilderberg Group cannot say with certainty the degree to which they are actively pursuing a one-world government. However, it is fair to say that the power, wealth, and influence of its members is staggering.
----------------
!!!!! Please subscribe to this website using the Follow By Email field at the bottom of the right hand column. Don't let Big Tech squash independent sites like this one! Also, please follow me on social media.
Websites
www.TimGamble.com - Daily news updates and threat assessments.
www.DystopianSurvival.com - Surviving the Fall of the American Republic and End of Western Civilization
Video Channels (Please subscribe - new videos start soon)
Bit Chute: https://www.bitchute.com/channel/ZObr3xTiK813/
Rumble: https://rumble.com/user/TimGamble
Odysee: https://odysee.com/@timgamble:e
Social Media
Parler: https://parler.com/profile/DystopianSurv/
GAB: https://gab.com/TimGamble
Spreely:  https://www.spreely.com/TimGamble
USA.Life: https://usa.life/TimGamble
Minds: https://www.minds.com/TimGamble/
Posted by Tim Gamble No comments:

Email ThisBlogThis!Share to TwitterShare to FacebookShare to Pinterest
Labels: InfoByte

A Message from President Donald Trump