As I've revealed in the past, I am a Type II Diabetic and suffer some vision impairment due to diabetic retinopathy. Needless to say health issues are important to me, especially those related to diabetes.  I've previously posted on the warning signs and risk factors for type 2 diabetes (click here to read it). In this article, I want to give some tips to help prevent type 2 diabetes. 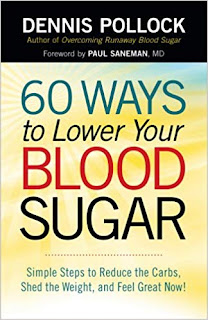 Of all the books on diabetes I've read, the best and most useful is 60 Ways to Lower Your Blood Sugar by Dennis Pollock. Pollock's book is an aggressive plan to control your blood sugar by bringing together the best of traditional and alternative medicine. What I appreciate about Pollock's approach is that it is based on solid science, even the "alternative" aspects, and is not some hippy-dippy book that rejects medical science (avoid those). Also, I found his ideas easy to follow.

Email ThisBlogThis!Share to TwitterShare to FacebookShare to Pinterest
Labels: Health

The following is an unedited press release from International Christian Concern (ICC), a Christian human rights organization.   You can visit the ICC website at https://www.persecution.org/ for more on Christian persecution around the world.

06/06/2019 Washington D.C. (International Christian Concern) – International Christian Concern (ICC) has learned that on June 5, 2019, anti-Christian mob violence sparked in the Upper Egyptian village of Shosha, located in Minya Governorate. The predominantly Muslim village is home to approximately 50 Christian families, that are currently confined to their homes as the authorities attempt to regain control of the situation.

No injuries are reported, although Christians have noted that some of their homes were stoned. An estimated 40 Muslim men initially gathered in the streets to celebrate the return of Fransa Abdel Sayeed, a Christian woman who disappeared in April. It was later discovered that she had converted to Islam, married a Muslim man, and was pregnant. Her Christian family immediately began facing harassment and intimidation from their new Muslim in-laws, who live across the street.

Initially, police refused Fransa’s petition to return home to the village, citing concerns that it would incite sectarian tension. However, during the celebration of Eid, police allowed Fransa and her husband to return. A group of Muslims gathered to welcome her, and the situation quickly escalated into anti-Christian violence.

Fransa’s Christian brother, Elisa Yusuf, shared with local press his family’s belief that “the police manipulated us. Now, the police encourage and support the Muslim extremists… We live in a state of terror now and the village has become chaotic as a result of the celebration of Fransa.”

He continued, “Copts have not been able to leave their homes. Despite the great presence of security forces in the village, this has not prevented chaos, and (at) the house of my uncle… stones have been thrown and the Copts are crying. The extremists are provoking the Copts so it’s possible to blow up [violent] actions between the Christians and the Muslims of the village.”

A local church leader familiar with the situation further explained to ICC, “At the dawn of Wednesday, the governor of Minya commanded that Fransa must return to the village and there would be a great presence of security forces. He was smart to choose this time. It is a time when all the people are celebrating (Eid).”

“The police members are relatives to the Muslim extremists, so it is hard and impossible for the police to resist or disagree with them,” he added. “The Muslim husband has many relatives and friends in this village. The Muslims want to humiliate the Copts.”

The issue of conversion remains highly sensitive in Egypt, where Islam is the official religion. Christians, most of whom are Coptic Orthodox, are often placed under intense pressure to convert to Islam. Christian families with a relative who converted to Islam are especially at risk of violence and harassment.

Claire Evans, ICC’s Regional Manager for the Middle East, said, “Police have known for several months that tension was approaching a breaking point in Shosha. The manner at which they addressed the problem during Eid was the ignition point that has long been boiling. Police should hold the mob accountable for their indiscriminate attacks against Christians. Pray that tensions will soon cease and that the violence will be resolved according to due process of law.”

Irresistible Revolution: Marxism's Goal of Conquest & the Unmaking of the American Military